Lara Kramer is a performer, choreographer, and multidisciplinary artist of mixed Oji-cree and settler heritage, raised in London, Ontario. She lives and works in Tiohtià:ke/Mooniyang/Montreal. Her choreographic work, research and field work over the last thirteen years has been grounded in intergenerational relations, intergenerational knowledge, and the impacts of the Indian Residential Schools of Canada. She is the first generation in her family to not attend the Residential schools.  Her creations in the form of dance, performance and installation have been presented across Canada and Australia, New Zealand, Martinique, the US and the UK.

She has received multiple awards, acknowledgments, and prizes for her work both as an emerging and established artist. Lara was appointed a Human Rights Advocate through the Holocaust Memorial Centre of Montreal in 2012, following the national tour of her work Fragments, a performance piece informed by her mother’s stories and lived experience as a survivor of the Indian Residential Schools of Canada. In 2014, Lara was awarded the Scholarship of Audacity – Caisse de la culture from the OFFTA, Montreal, as well as commissioned by The Canada Dance Festival for her work “Native Girl Syndrome”.  In 2017-18 Lara was presented with the prestigious Ashley Fellowship with Trent University, as well as appointed the CanDance creation fund for her work Windigo. In 2018, Lara received the Jacqueline-Lemieux Prize for recognition of artistic excellence and distinguished career achievement in dance.

Her works are noted for the use of decelerating time to further enter an embodied pacing, sensing, and awareness on part of both performer and audience. Often blunt and raw, playing with the strength and vulnerability of the body, her pieces stand out for their engagement, sensitivity, close and instinctive listening to the body, and her attention to the invisible. Her practice is in Performance, Choreography, Multidisciplinary Art-sound, video, and Visual Art.

In 2017 Lara curated Welcome to Indian Country for MAI (Montréal, arts interculturels) as part of Eclectik where she premiered This Time Will be Different, created with Emilie Monnet. The installation and performance piece denounced the status quo of the Canadian government’s discourse regarding Indigenous relations and criticized the “national reconciliation industry”.

In 2020, Lara was commissioned to create two new public billboard works, located on the façades of Café Cherrier and the Bonsecours Market in Montreal. In Blankets, Herds and Ghosts is a new work by multidisciplinary artist and choreographer Lara Kramer, Dazibao satellite is the result of a special partnership between Dazibao and the MAI (Montréal, arts interculturels).

She has been on the faculty of the Indigenous Dance Residency at The Banff Centre and has taught workshops across Canada and in Australia and New Zealand. In 2016 Lara initiated The Cradleboard Project, a multi-generational community project fostering the reclaiming of traditional practices developed in collaboration with her mother, artist, and knowledge keeper Ida Baptiste offered at the Native Women’s Shelter and Native Montreal. She was the guest teacher at Nunatta Isiginnaartitsisarfia – The National Theatre of Greenland in 2018. She also landed her debut role in François Delisle film Cash Nexus in 2019 as supporting character Angie. Lara has participated in several residencies including Indian Residential School Museum of Canada in Portage la Prairie in 2008 and Dancemakers Artist in Residency from 2018-2021. In 2021, Lara joined the MAI as an associate artist and programming curator for the MAI’s 25th anniversary season. Lara Kramer is a Center de Création O Vertigo – CCOV Associate Artist since 2021.

I work with my gut, a hollowing feeling in my gut, I fill what has been empty, I fill it with sound. Raw sound of movement, breath, sweat, and warmth.

My practice has been anchored in relation to my mother and children, deepening the connective tissues that are tied to intergenerational relations, intergenerational knowledge, and embodied experiences such as memories, dreams, loss, and reclamation.

I am connected to histories, to the colonial impacts of the Indian Residential School that have been embodied through the generations of my family. I am carrying the weight of this legacy. I work with storytelling within my creative process as a way of exploring how the mapping of stories from my family’s history resonates in the body and how it can be transferred symbolically in my work connecting to the past, present, and future. My family’s legacy has been explored in the living landscape of my works in the form of dance, installation, visual art, photography, and performance.

Moving from my instincts and discovering and rediscovering what is around me is a strong mechanism in my practice and live work. And this is what gives me full agency. To create and have agency within my legacy, I need to stare and gaze as much and as long as possible into the present moment we are in, where I am from and where I am going. To deepen my sensorial awareness of what is not visible.

I am interested in the intimacy of memory and imagination, and how it is transformative. And the realization that we must stare deeper into what we have right now and find nuance. How sharing my memories, connections to dreams open me to be vulnerable and available. And this is a part of the mobilization and transformation that occurs, that offers a deep understanding of place beyond the visible. The realization of finding a greater sense of strength and struggle for the continuation of our introspective reflection, with regard for new discoveries to unfold. My work is always tied to temporality, to a sense of duration that extends to this future and past lineage that never ends, that is infinite.

I wish to reach further into my family’s migrations, while remaining grounded with future voices, those of my children, to see what exists beyond my grandchildren’s bodies, and even further away in the distant future.

Lara Kramer’s work is supported by: 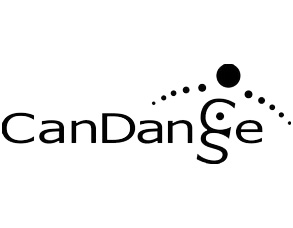 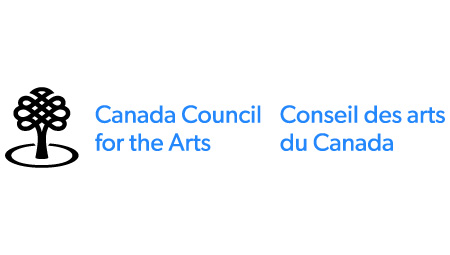 Lara Kramer Danse (LKD) is a Montreal-based dance company. Founded in 2012, the mandate of Lara Kramer Danse is to support Lara Kramer in her creation and production of professional quality performance and choreography as well as to nurture her artistic voice and practice.

In 2013 the company initiated a research project that fostered relations in Lac Seul and Sioux Lookout, Ontario. In traveling north to her family’s blood land, Lara Kramer created Camp 19, a project involving the connection and history of the treaty land, the learning of traditional skills and the long-term goal of continuing to nourish these relations.

In 2016 Lara built The Cradleboard Project in collaboration with senior artists and knowledge keeper Ida Baptiste, offering workshops at Native Montreal and the Women’s Native Shelter of Montreal.  A community driven project that is focused on reclaiming traditional practices.

Kramer’s works are carved with theatricality-based vocabulary and rooted in her Indigenous heritage. Working with strong visuals and narrative, Kramer’s work pushes the strength and fragility of the human spirit. Her work is political and potent, often examining political issues surrounding Canada and First Nations Peoples. The company has been invited to perform at festivals in across Canada and internationally in New Zealand, Greenland, Australia and Martinique.

Her approach in teaching is finding the enjoyment in how images transform, distort and shift in time. Working with body, texture + objects and sound, Lara takes time to invest in the listening to instinctual choices to accumulate experience and meaning. Sharing her interest with the multi-dimensional meanings that pertain to the physical proposals of the sculpting body.

Audio Drive + Systems of Distortion works with the artists practice with duration, deepening the awareness of where we hear nothing and everything. Record. Play. Embody and reject. Listening and falling into the void. To be present with the memory + future.

Since 2006 Lara Kramer has been teaching Pilates, she received her Pilates Certification in Stott Pilates in Montreal. Continually influenced by her training in dance, Lara’s classes aim to inform and create curiosity about the health and well-being of the body.

“My experience working with Lara Kramer and her team was greatly inspiring. To be able through movement explore deep intense subjects is eye opening and for me created a pathway to generate honest organic work. It opens the door to being able to share our stories, history and experiences. Thank you for such an amazing workshop” ~ Nyla Carpentier

The Cradleboard Project is a community project initiated by Lara Kramer and created in collaboration with senior artists and knowledge keeper Ida Baptiste in 2016. Ida Baptiste is a visual artist native of Brandon, Manitoba. She holds a BA in Native Studies from Trent University.  Since 2011 she has been working as an Ojibwa language teacher at Kendaawin Elementary school in Rama, Ontario and has a practice in traditional art. 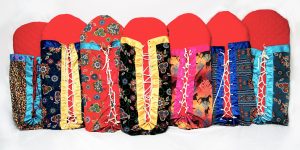 Lara Kramer and Ida Baptiste facilitate a 1-2 week workshop where participants of all ages learn the process of creating a cradleboard. This multi-generational project offers the opportunity to connect hands on to a traditional practice, explore technique, skills, language and artistic expression in crafting your own cradleboard in a community driven artistic project. It supports the reclaiming of traditional practices and teachings in traditional parenting and Ojibwa language. Workshops have been offered at Native Montreal and the Women’s Native Shelter of Montreal in 2017 + 2018. For further inquiries please contact Lara at info@larakramer.ca